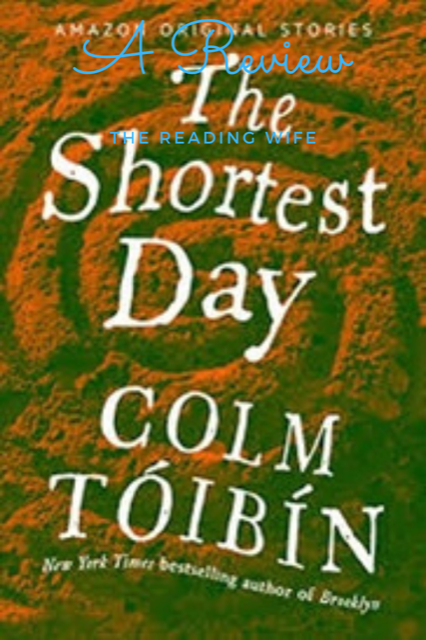 The Shortest Day is the latest short story to cross my path, and what caught my attention was the title. A short story about a short day. Say that five times fast. I might be weird, I know.

Have you read The Shortest Day? Come on in and let me tell you about it!

About The Shortest Day

In Ireland, a man of reason is drawn to a true mystery older than the Pyramids and Stonehenge in this enthralling story about ethereal secrets by New York Times bestselling author Colm Tóibín.

During the winter solstice, on the shortest day and longest night of the year, the ancient burial chamber at Newgrange is empowered. Its mystifying source is a haunting tale told by locals.

Professor O’Kelly believes an archaeologist’s job is to make known only what can be proved. He is undeterred by ghost stories, idle speculation, and caution. Much to the chagrin of the living souls in County Meath. As well as those entombed in the sacred darkness of Newgrange itself. They’re determined to protect the secret of the light, guarded for more than five thousand years. And they know O’Kelly is coming for it.

Thoughts on The Shortest Day

The Shortest Day really is a short story at just 36 pages, and I appreciate that. Short stories have become my morning reading routine with my coffee each day.

“In the depths of the burial chamber, there were whispers among the dead that the professor was coming again. No one knew how long he might stay this time, or if he might still be there when the light speared into this chamber as it did on the shortest day of the year.”

This short story was set in Ireland, and shows us how the present and the past are interconnected, and not as far away as we often think.

The Shortest Day was a really neat and fun read for me that I enjoyed. The theme of it really reminded me of my own visit to Stonehenge. There is something there that is simply indescribable, but I could feel it in the air. Like an atmosphere of time, but magic, and the past.

It is really hard to describe this story and do it justice within a blog post, without telling you to just go read the story. But this is the kind of story that makes me want to go travel again and enjoy history that has stood the test of time, and maybe there is a little magic behind it.

Final Thoughts on The Shortest Day

“But she was always aware that she lived in a place that was inhabited by the dead as much as the living, the dead who had crossed the line many centuries before, people long forgotten. And sometimes that gave her comfort, and at other times it puzzled her and made her wonder.”

This was the first I have ever heard of Colm Tóibín and his writing, however it will not be the last that I read from him. I highly recommend you give The Shortest Day a try.

Have you read The Shortest Day or any other writing from author Colm Tóibín? Let me know your thoughts in the comments!

Colm Tóibín is the author of four previous novels, The South, The Heather Blazing, The Story of the Night, and The Blackwater Lightship, which was shortlisted for the 1999 Booker Prize. He lives in Dublin.