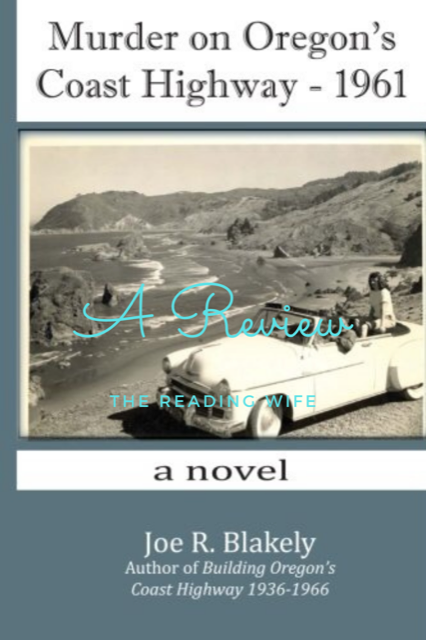 Murder on Oregon’s Coast Highway from author Joe R. Blakely is my latest read. I am a big fan of finding local authors, such as Dustin Taylor, the author of Catalyst, and Joe R. Blakely, among others that I’m catching up on reading.

Have you read Murder on Oregon’s Coast Highway? Come on in and let me tell you about it!

About Murder on Oregon’s Coast Highway

Charley Norman, a reporter for Portland’s Oregonian newspaper, is determined to expose the major prostitution operation that’s operating in the city. Now the crooks and pimps are calling with death threats. His editor calls him into his office.

“Charley, they want to kill you too. Do you hear me?”

“We can’t let them scare us into silence,” Charley said. “It’s people like them who raped and killed my mother. They shot my father. I won’t stop writing about them. My father never did and I won’t either. I want these thugs behind bars or dead. Bruce, we got them on the run, looking over their shoulder. They’re scared…”

So begins the frightening story of Charley’s quest as he leads a chase down the length of Oregon’s Coast Highway in order to bring the crime boss to justice.

This is a short novel, at just 137 pages, but it captured my attention from the very beginning, and I appreciated that it was such a fun read. I was half way through the book before I stopped reading for a break, then was amazed. It really was just that good, that I couldn’t stop reading it.

I ended up finishing this book in just a couple of hours, and read it straight through, with just one break in the middle. It captivated me, both the story, and the descriptions of the scenery. It is obvious that Joe Blakely is an Oregon coast highway historian.

If you are from Oregon, you’ll definitely want to read this story. It is really fun reading about places I love visiting when I go to the coast, and knowing exactly where the characters are because I’ve visited the places mentioned many times.

I loved it, and the ending was perfect. Not what I was expecting, but absolutely perfect.

My husband came home from work and saw me reading this book and asked me how it was. I told him we needed to go to the Saturday Market, where I had originally met Joe Blakely and picked up this book, so I could buy more of his writing.

This was the first novel from author and historian Joe R. Blakely that I’ve read, but it will definitely not be the last.

Have you read Murder on Oregon’s Coast Highway or any other writing from author Joe R. Blakely? Are you a fan? Let me know your thoughts in the comments!

Joe Blakely is the author of 16 books. His interest in writing books was piqued when he wrote, “The Bellfountain Giant Killers,” a miraculous basketball championship season by a tiny Oregon high school in 1937. Encouraged by this book’s success, he wrote two other championship stories.

He received an award from the Lane County Historical Museum for his historical works relating to local, regional, and state history. His books have been cited on TV, Radio, newspapers, and state magazines.

William L. Sullivan and his book, A Deeper Wild, a novel about Joaquin Miller.

Peg Willis and her book, “Building the Columbia River Highway.”

Mr. Blakely has lived in Eugene since the 1950s. He has one son, one stepson, and wife, Saundra Miles. They have been together for 20 years. Currently Saundra struggles with Alzheimer’s disease and resides in a memory loss facility.

Mr. Blakely continues to write on subjects that are dear to him.

If you are interested in buying the paperback version of Murder on Oregon’s Coast Highway, click here.