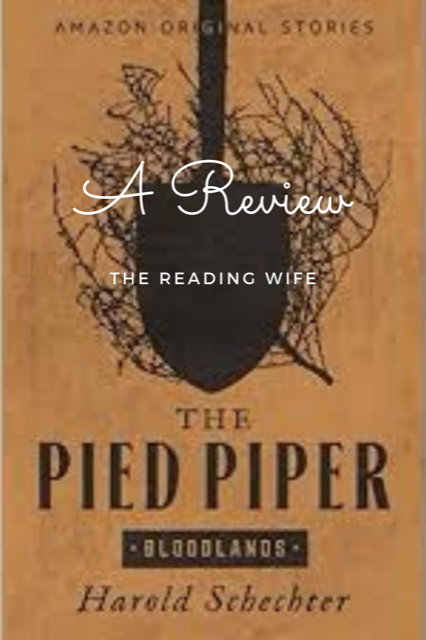 The Pied Piper is my latest short story, that is part six of a six part series from true crime author Harold Schechter.

Have you read The Pied Piper? Come on in and let me tell you about it!

About The Pied Piper

With makeup and an affected Elvis pout, Tucson’s Charlie Schmid was a crude parody of a bad-boy heartthrob. In 1964, he still had a hold on girls who’d follow him anywhere. He murdered three of them.

It was the dawn of the free-love movement—perfect for a magnetic madman who’d also foreshadow its end a few years later in the malignant charisma of Charles Manson. The inspiration for a classic story by Joyce Carol Oates, Schmid, the most bizarre serial killer of any era, was the epitome of a narcissist flattered into believing he could get away with murder.

The Pied Piper is part of Bloodlands, a chilling collection of short page-turning historical narratives from bestselling true-crime master Harold Schechter. Spanning a century in our nation’s murderous past, Schechter resurrects nearly forgotten tales of madmen and thrill-killers that dominated the most sensational headlines of their day.

Thoughts on The Pied Piper

I had never heard of Charlie Schmid before reading this, but I am very familiar with how effective a manipulative narcissist can be. This made for an interesting read, and I think it could have easily been a full novel instead of just a short story.

I have thoroughly enjoyed the Bloodlands series from Harold Schechter, and The Pied Piper was certainly no exception. If you are a fan of true crime stories, this is a series you don’t want to miss.

I read each one of these six stories at night before bed this week, and it was the perfect length to enjoy, but not get so sucked into it that I stayed up past my bedtime.

True stories that inspire me to look up more information or reflect on how the event influenced events throughout history since then are some of my favorites. I love a story that teaches me something new and makes me think. Harold Schechter did an excellent job with that in this series.

Final Thoughts on The Pied Piper

Prior to starting the Bloodlands series from Harold Schechter, I had never heard of him or his writing. I am so glad I found it, because I have a new author to read. If you have an hour to spare, you can easily finish off any one of the six stories in this series.

Have you read The Pied Piper or any other writing from author Harold Schechter? Are you a fan of true crime stories? Let me know your thoughts in the comments!

Did you enjoy my review of The Pied Piper? Need more from Harold Schechter? Here are my favorites!