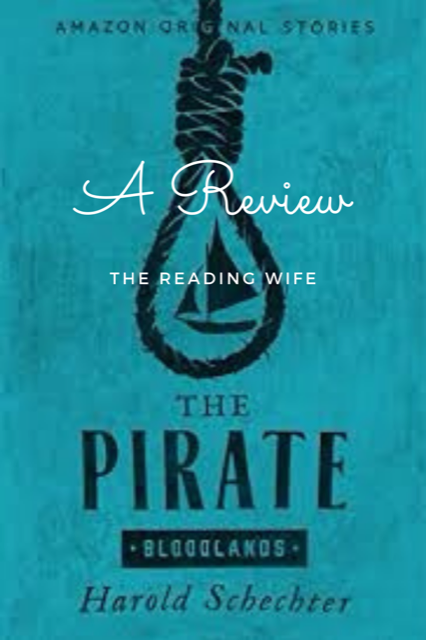 The Pirate is my latest short story, that is part one of a six part series from true crime author Harold Schechter.

Have you read The Pirate? Come on in and let me tell you about it!

In 1860, a sloop drifted into New York Harbor. Not a soul on board—just blood from cabin to deck. Looted coins led to Bowery thug Albert Hicks, the ax slayer who turned his shipmates into chum.

His crimes were absolutely fiendish. His execution was pure ballyhoo. It drew nearly ten thousand bloodthirsty sightseers to the city—including the enterprising showman P. T. Barnum. Refreshments were served as the most notorious and unrepentant mass murderer of the era made history as one of America’s first celebrity killers.

The Pirate is part of Bloodlands, a chilling collection of short page-turning historical narratives from bestselling true-crime master Harold Schechter. Spanning a century in our nation’s murderous past, Schechter resurrects nearly forgotten tales of madmen and thrill-killers that dominated the most sensational headlines of their day.

Thoughts on The Pirate

Through the use of newspaper clippings and court documents, Schechter transports us back to New York in 1860, where we meet Albert Hicks, likely the last man known to be executed for piracy in the United States.

I have a fascination with true crime stories and always have. So when I found this six part series that only took about an hour per book to read, I was pretty excited.

Plus who doesn’t want to read a true story about a pirate? That isn’t something I see every day in terms of variety or availability. That fact alone makes this a one of a kind read.

I found the best part of The Pirate to be that I could read the entirety of it before bed each night this week, and because it takes roughly an hour to finish one, there was no staying up past my bedtime to finish it. If you’ve ever played the “just one more chapter” game and suddenly it is 3am, you know exactly what I’m talking about.

Final Thoughts on The Pirate

Harold Schechter has a way of drawing the reader in, and keeping them reading from beginning to end, and I appreciate the way he delivers these stories.

I am very much looking forward to reading the next five books in the Bloodlands series this week. Hopefully you enjoy them as much as I do, and see below for the rest of my reviews in the series.

Have you read The Pirate or any other writing from author Harold Schechter? Are you a fan of true crime stories? Let me know your thoughts in the comments!

Did you enjoy my review of The Pirate? Need more from Harold Schechter? Here are my favorites!